You are planning on studying at a top university abroad. You will certainly be in good company. Look at this list of famous people and top Israeli scientists who have studied at Ivy League universities. Soon enough, you and your fellow students will be on this list in the future!

ISRAELIS & JEWS WHO ARE CHANING THE WORLD

All of these Israelis gained valuable education and experience by studying abroad. Many of them brought that back to Israel to enrich our country. Others have built lives for themselves around the world.

Benjamin Netanyahu
This man needs no introduction. Time Magazine voted him one of the top 100 most influential people of the world in 2012. He studied at MIT and Harvard, taking time out to fight in the Yom Kippur War.

Safra Catz
With humble beginnings in Holon, top executive at Oracle, Catz studied at University of Pennsylvania. In 2009, Fortune magazine ranked her as the 12th most powerful women in business. In 2011, she was the highest paid women in Fortune 500 companies, earning a mere $51,700,000.

Avi Wigderson
Not all Israelis who study abroad return home. Wigderson did his undergraduate studies at the Technion in Haifa. He received his PhD from Princeton University where he is a professor of Mathematics. 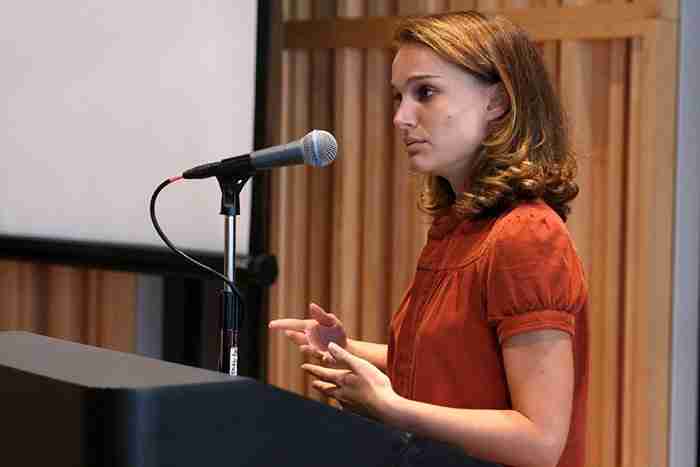 Tali Sharot
After her BA from Tel Aviv University, Sharot went on to study her MA and PhD at New York University. Tali Sharot is now the Principal Investigator of the Affective Brain Lab at the University College of London – now there's a position!

Not all the beautiful people are just a pretty face. Take a look at these famous and good-looking celebrities who also studied degrees at some of the best universities of the world.

Natalie Portman
Our own Ms. Portman got her BSc in Phycology at none other than Harvard. She is quoted as saying "I'd rather be smart than a movie star."

Maggie Gyllenhaal
She received her BA in Literature and Eastern Religions from Columbia University. Having a Jewish mother, Ms. Gyllenhaal didn't know until her mid-30s that her name registered on her birth certificate was actually Margolit. Upon finding out, she officially changed it to Maggie – can you blame her?

Jodie Foster
Foster studied her BA in Literature at Yale. While she was a student there, an obsessed fan, John Hinckley Jr, attempted to assassinate President Regan to impress her. Little did he know nothing a man could do would impress her!

Adam Sandler
Fine Arts from New York University is what funny guy Adam Sandler studied for his BA. Have you ever heard him make a joke about art?

Whether you want to be famous, successful, the head of a major company or the inventor of the next piece of technology to change the world, top universities are one of the best places to start.